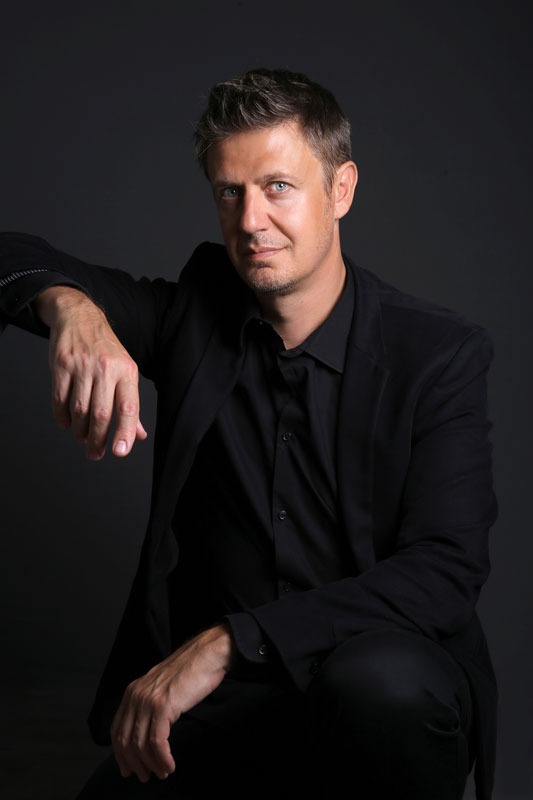 More than a percussionist Philippe Spiesser is an atypical and enthralling musician. Born in Strasbourg in France, he began his musical studies with the piano and the trumpet. He only got to discover his love for percussion at the age of seventeen. Five years later, as he performed with his university graduations, he successfully won a first prize in percussion and chamber music at the Strabourg’s National Conservatory in France. The following year, he obtained the National State Qualification and the National Teaching Certificat.

This fast growing development made Philippe Spiesser both an ardent teacher and a keen concert artist. Always travelling, and his mind always opened, he develops his imagination in contact with numerous surroundings, such as dance, theatre, image and electronic sounds. Today, he blossoms wonderfully by managing both his classes and his concerts.

Philippe Spiesser now teaches at the Geneva Superior Conservatory in Switzerland and is also director of the percussion’s departement. Meanwhile, he teaches at the National Conservatory of Perpignan in France. Previously he has been teaching in Madrid at the Neopercusion School for five years and for another four years at the Superior Conservatory in the Balearic Islands. Moreover, he also gives master classes in numerous worldwide places such as London, Paris, Madrid, Barcelona, Roma, Izmir, Lima, Beijing, Shanghai…

Since 2012, he also has an artist residence at the Centro Ricerche Musicali in Roma, where he is actively involved in research on new music with acoustic instruments processed by electronics, the Feed Drum and the SkinAct, invented by the composer and researcher, Michelangelo Lupone.

He often appears in various musical festivals such as Musica in Strasbourg Arte Scienza in Roma, Ars Musica in Brussels, Aujourd’hui Musiques in Perpignan , Palais de Tokyo and Perkumania in Paris, Asbury Park in New York, Ritmo Vital in Madrid, but also in Barcelona, Porto , Lima , Beijing, Shanghai , Shenyang , Dalian … He is also invited to play as soloist with the Strasbourg’s University Orchestra, the Camerata de France, the Languedoc Roussillon’s Orchestra, the Beijing and Shenyang Symphony Orchestra, the Perpignan Mediterranean Orchestra and the Spanish ensembles Neopercusion, Amores and Kontakte.

Besides all that, Philippe Spiesser is a member the Syntax Ensemble and has founded in 2002 the duet Pulsaxion with the saxophonist Radek Knop. He is the author of many pieces and directs the Color collection published by Alfonce Publication.