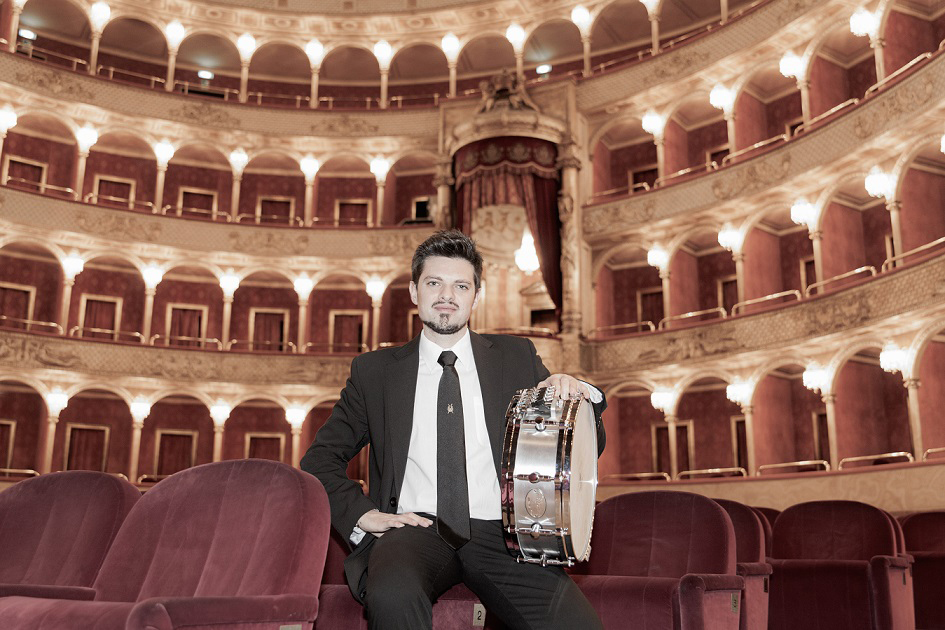 There are several collaborations in contemporary, modern, chamber and jazz music. He took part in a lot of international music festivals as: Biennale of Venice, Grobe Festspiele of Salzburg, Ravenna festival, Tokyo Opera Festival, Traiettorie -contemporary music festival in Parma and more.

At December 2008 he won the competition as a percussionist in the National Police Band of Italy and in November 2012 he won the International Audition for Percussionist obliged to Keyboards and Timpani at Rome Opera house where he currently works.